NGC7331 and the Stephan's quintet 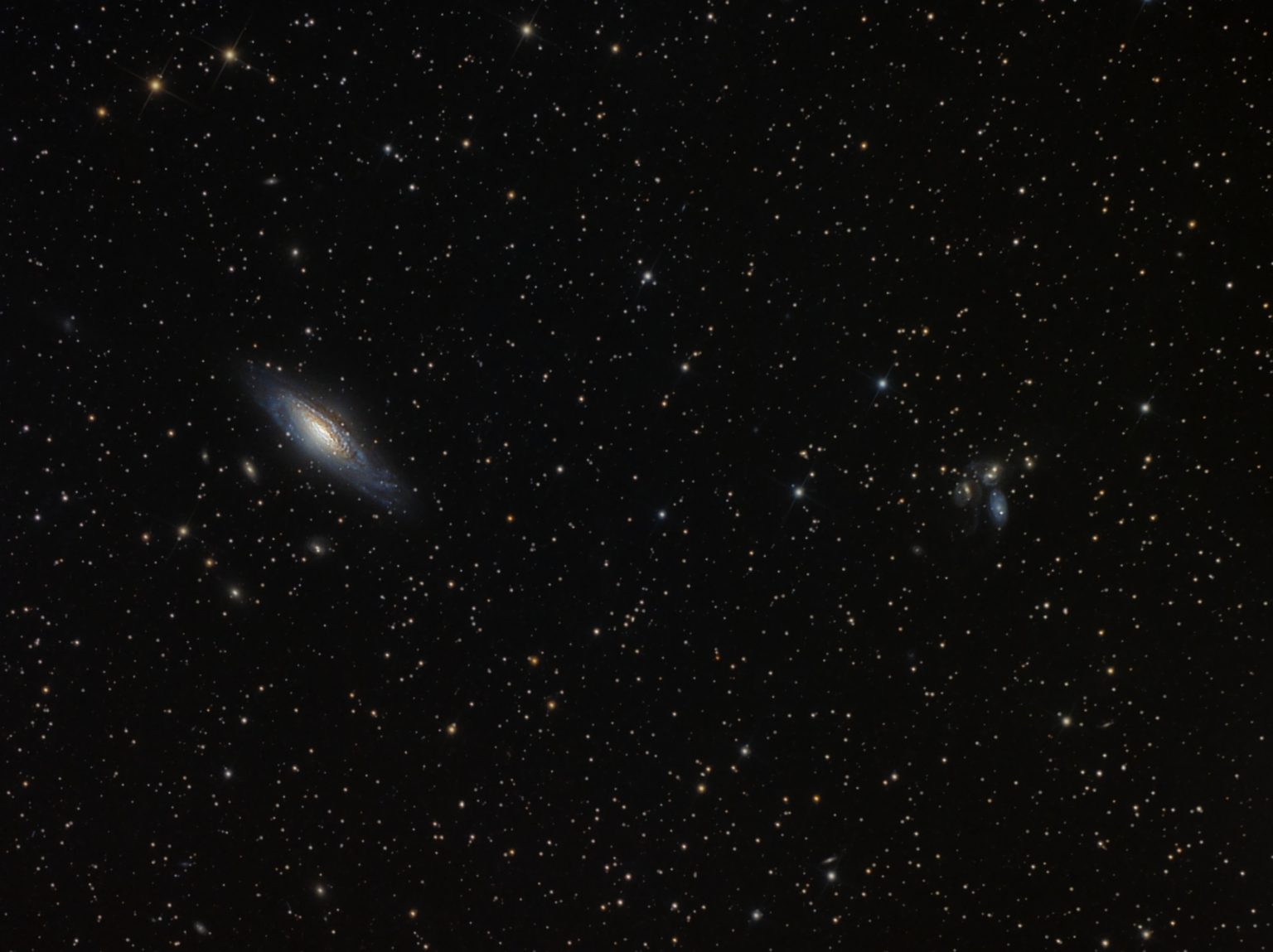 NGC7331 is the biggest galaxy seen in the image, at the left part of it. Also some smaller galaxies that form part of the NGC7331 group can be seen around it. NGC7331 is very similar in size and structure to our Milky Way galaxy. It is located in the constellation Pegasus at about 40 million light-years away.
Stephan’s Quintet, to the right side of the image, also in the constellation Pegasus, is a visual grouping of five galaxies (NGC7317, NGC7318A, NGC7318B, NGC7319 and NGC7320) of which four form the first compact galaxy interacting group ever discovered. It is located about 280 million light-years from Earth except NGC 7320 which is much closer at about 39 million light-years from Earth, estimated because its redshift is considerably lower than the other four galaxies.